TEN ON ROCK IT! MAGAZINE

We are delighted to announce that the German Rock It! Magazine, on its 100th anniversary issue, is featuring an interview with Gary Hughes and a review of our upcoming 13th studio album "Gothica"! We would wholeheartedly like to thank everyone involved and especially Christian Hasse for the excellent interview and Marcel Rapp for the brilliant 9/10 review! :) http://www.rock-it-magazine.de/ #TEN #GaryHughes #MelodicHardRock #FrontiersRecords #Gothica #RockItMagazine
66 views0 comments
MS

We are delighted to announce that "Gothica", is being featured on the latest issue of the Japanese BURRN! Magazine! #TEN #GaryHughes #Gothica #MelodicHardRock #BURRNMagazineJapan #FrontiersRecords
159 views0 comments
MS

Melodic hard rock band TEN has announced they will release their new album "Gothica" on July 7, 2017 via Frontiers Music Srl. The highly anticipated new album promises to be one of their strongest collection of songs to date. It is full of all the trademark textures and flavors we have come to expect from TEN, arguably one of the best and most consistent melodic hard rock bands in the genre. “Gothica” renews TEN’s longstanding association with the Frontiers label and proudly
734 views0 comments
MS

Ten are proud to announce that the mix has begun on their 13th studio album. Dennis Ward is once again in the chair for an album that promises to be possibly even their best work to date. A spokesman for one of the tracking studios a few days ago is quoted as saying "It's really the songs this time around that make this collection of material so special"! This is great news for all Ten fans around the globe. As we understand it, Ten have raised the bar once again on what prom
51 views0 comments 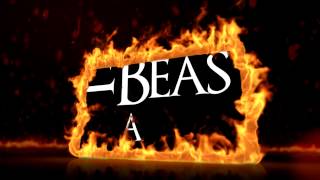 Frontiers Music Srl is excited to announce the newly signed partnership with the band TEN for the release of a new studio album in 2017. In addition, the label acquired the band’s full catalogue and will plan special releases in both physical and digital formats. In April 1998, Frontiers Records released it first international release ever, that was from TEN and the album was the band’s official live album, “Never Say Goodbye”. That release paved the way for more successful r
13 views0 comments
1
2