Just before the full electric live performance of the band in Athens on the 9th of May, Gary Hughes was interviewed by Sakis Nikas of Rockpages.gr. You can read the interview on the link below: http://rockpages.gr/en/interviews/item/1222-ten#itemCommentsAnchor #TEN #GaryHughes #IslaDeMuerta #MelodicHardRock #Rockpagesgr #LivePerformance #BatCityAthens #KyttaroLiveClub
10 views0 comments 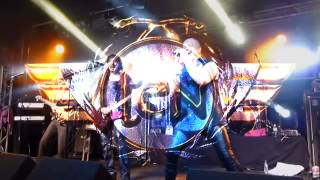 We are pleased to announce that we have released a video trailer for our upcoming live performances in Athens, Greece, which will take place this May. You can check out the trailer below: #TEN #GaryHughes #Albion #MelodicHardRock #LivePerformance #BatCityAthens #KyttaroLiveClub
9 views0 comments
MS

We are very happy to announce that the first of the two live appearances that will bring TEN to Greek shores in May next year will take place on the 8th of May 2015 at Bat City in Athens, Greece. It is none other than the acoustic live performance of the band’s leader and frontman Gary Hughes, who will be performing songs spanning his 20 year career, namely his solo albums, his “Once And Future King” albums, songs he wrote for Bob Catley (Magnum) and some TEN tracks that have
5 views0 comments